Αρχική » The end of an era, the twilight of a new one
Γιώργος ΚαραμπελιάςΔιεθνή

The end of an era, the twilight of a new one

THE END OF AN ERA, THE TWILIGHT OF A NEW ONE

Three years of revolts, revolutions and of imperialist counter-revolution plots, have dramatically altered the situation in the Middle East and the South Eastern Mediterranean. Nothing resembles the conditions of the ’00s.

First and foremost, there is a major shift in the US strategy determined by the gradual transition of the world system from uni-polarity to multi-polarity. The impact of the financial crisis and recession; the strategic losses that the US have suffered from the occupation of Iraq and Afghanistan; the fact that new powers have emerged (or re-emerged) as major global system players (China, Russia, Latin America etc) –all these factors have reduced the US capacity to act as the one and only superpower. As a result, the White House and the Pentagon have abandoned the notorious ‘New Middle East’ neoconservative strategy, and they are now readapting their policy to a classic British-imperialist divide and conquer dogma: Disorganization and Chaos, not re-organization and governance –this is the major target of the current US policy. That is why they have collaborated harmoniously with the “Takfiri” powers and organizations that, themselves, in the past, used to regard as deadly rivals, in Libya or Syria.

In Syria, in particular, the US, in collaboration with Israel and other Western powers like the UK and France, have systematically tried to transform the democratic movement of the Syrian people to a protracted and deadly civil war. In the course of this attempt they collaborated with Turkey, Qatar and Saudi Arabia, in order not only to topple Assad but also to undermine the unity and integrity of the Syrian state and the regional forces that contest their hegemony, from Iran to Hezbollah. For this very reason, they supported and armed some sectarian groups from different countries that intervened openly in what has now transformed to a war of external intervention. As civil war escalated, the takfiri powers showed their real character, proved that their acolytes were not freedom fighters as the CNN, the Turkish Media, and Al Jazeera claimed, but notorious, intolerant and reactionary forces threatening to cause a sectarian bloodbath. This fact turned the majority of the Syrian people against them, not because they supported Assad politically, but because they feared these reactionary irregulars, even more than him. The majority of the Syrian people wish now a democratic agreement and a peaceful resolution of the civil war.

In the past five years, there has been an attempt by sectarian forces to play a hegemonic role in the Arab-Muslim World. This attempt has been mostly driven by Turkey, with the contribution of Qatar, and Saudi Arabia playing as an alternate, semi-antagonistic pole to these two. The plan was to establish sectarian governments, eager to collaborate with Turkey and ready to accept her bid for regional hegemony. For two years, from 2010 to 2012, it seemed that this strategy had been successful from Egypt, to Libya and Tunisia. Only Syria was left out and that is why the Erdogan administration did his best to undermine Assad. The Turks armed and supported their puppets, trying to establish a real protectorate in Syria.

But the developments in the battle front and the popular movements that emerged this summer in Turkey and Egypt, showed the inherent weaknesses of these sectarian governments in a new political and social situation, created by the emergence of new popular movements. The peoples of this new Middle East do not accept new autocratic regimes in the places of demolished ones. Despite the plots, the counterrevolution tactics and the attempt to manipulate the “Arab Spring” movements, the emergence of a strong sentiment and will for democracy and national liberation between the Arab peoples is an undeniable fact. No one in the West or the reactionary elites of the East (Turkey, Saudi Arabia, Qatar etc), can ignore or even underestimate their thrust for democracy and freedom. This is the major mistake that Assad made as well, opening the backdoor for the destabilization of his country.

Concurrently, the Western powers are not in a position to intervene openly. The difficulties, of Obama, Cameron, or Holland to persuade not only their disenchanted public, but also their own senators and parliaments, are evidence of their growing incapacity to deploy forces on the ground, contrary to what they did ten years ago in Iraq or in Afghanistan.

The postponement of the American intervention is a result of all these factors. So, maybe we can avoid another war, but even then, Syria’s situation will remain chaotic:  Hundreds of thousands of people, even millions, have been displaced, and cultural and religious communities present for centuries are on the brink of extinction. Moreover, many people are subjected to discrimination, violence, and are forced to live under conditions of extreme precariousness. For this we must transform this retreat of our enemies to a major defeat.

We, all the resistance forces that have been fighting for decades, against western Imperialism, for national liberation and social emancipation of the Middle East and the Southeastern Mediterranean, must act urgently: by establishing a broad alliance of movements and building an alternative to the antidemocratic, intolerant regimes.

The circumstances are in favor of an alliance of the small, the weak and the poor in the greater region: All the non sectarian and democratic forces, Sunnis, Shias, Alevis, Christians, Kurds and also all the secular, democratic and/or socialist forces must unite to form a front for national liberation/anti-colonialism, democracy and religious tolerance. Only then, peace, order and co-existence will return to the region.

We, the Greek people, have a long tradition of co-existence and collaboration with the peoples of the South Eastern Mediterranean. We have confronted the same enemies, having been subjected to western and ottoman domination for centuries, and then serving as a British and US semi-colony for decades. No matter what our governments say, no matter how they act, the Greek people stand on the side of the Palestinian Resistance and of the Arab, Syrian, Lebanese peoples and express their absolute solidarity to their struggle. And we remember that the Arab peoples till now continue to condemn the Turkish occupation of the Northern Cyprus, even if the governments of Greece and Cyprus are not always at their desired… height.

The US, Israel, Europe – the West– and the reactionary and authoritarian elites of the Middle East, have failed to bring stability and peace. But their failure does not automatically mean a people’s victory. Actually, victory will not be won until the emergence of a front that will combine anti-colonialism with democracy and national liberation.

We, the peoples of the “intermediate zone” between the West and the Far East, can find more in common in our history, our popular tradition, and most of all in our actual interests, despite all these powers that wish to divide and subsume us. Respecting our autonomy, our integrity and our specific tradition, we, the peoples of the region that has been the cradle of human civilization, can create now, in the sunset of Western imperialism a new era of cooperation and a new civilizational pattern that will replace the now weathered and aged western archetype.

New ideas, new alliances, emerge sometimes in the dark. Because this dark is the end of an era, and the twilight of a new one is maybe ahead of us. 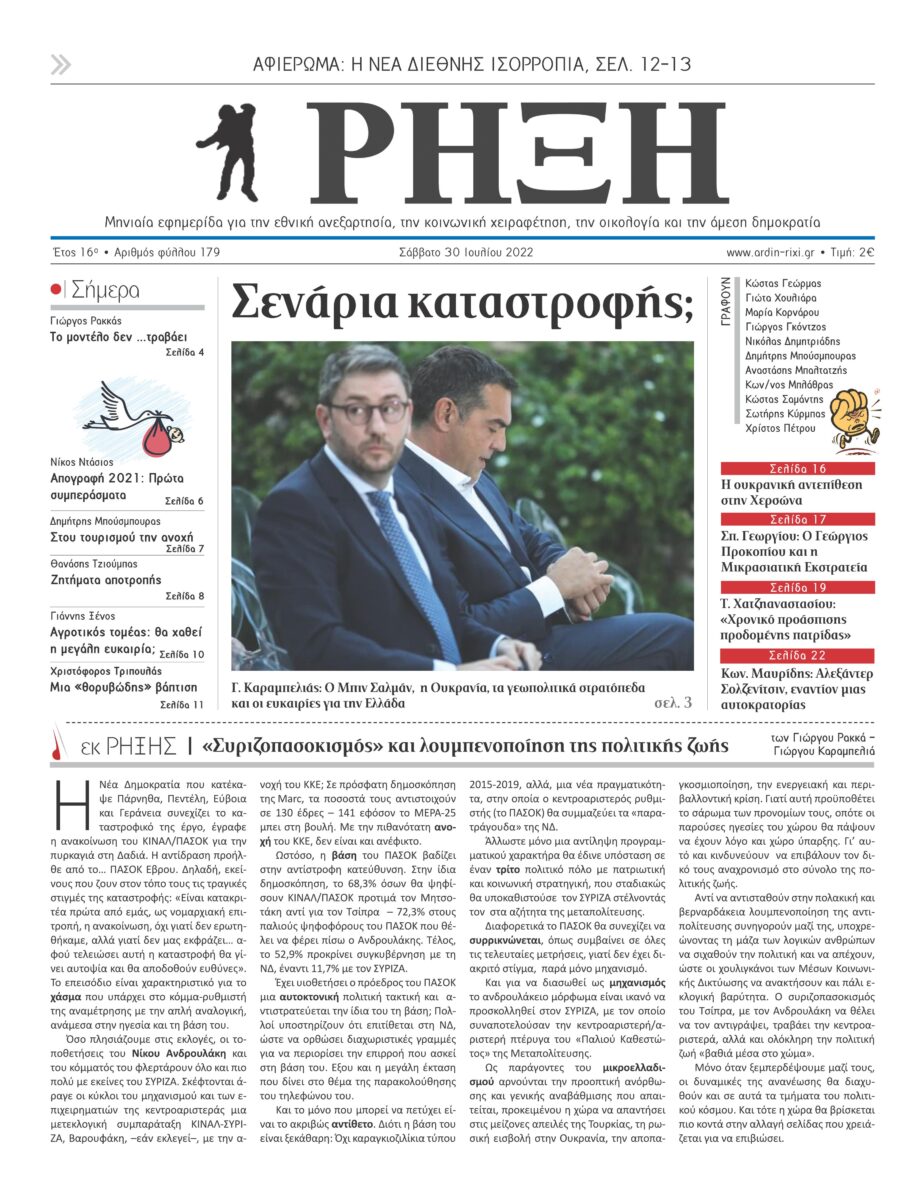 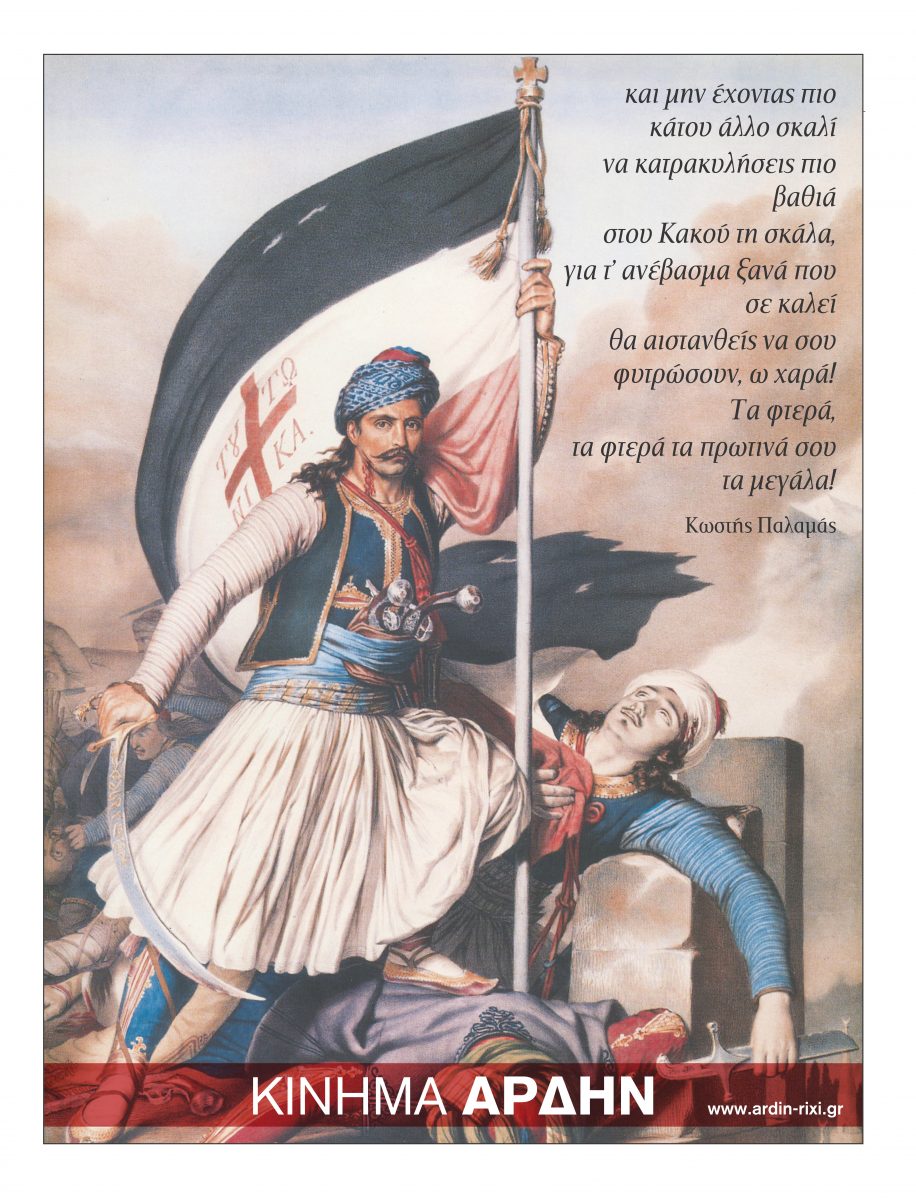